Grading scales are the levels of student performance. This article will show you how to create and edit grading scales.

What are grading scales?

Consider grading scales as the different levels a student can achieve on a standard. See below for some examples:

The above are all examples of standards-based grading scales. There is also the points grading scale, which is the traditional way to grade based on point values.

When are grading scales used? 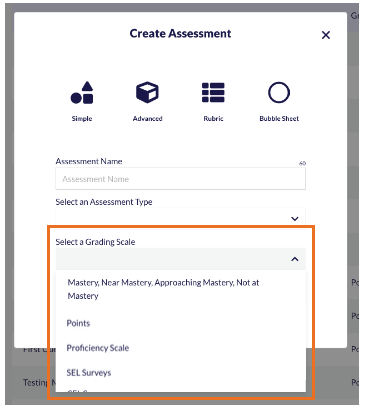 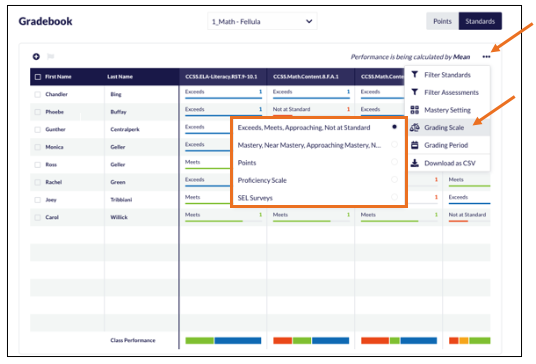 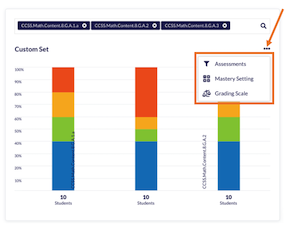 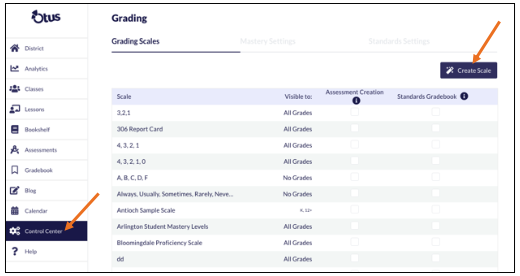 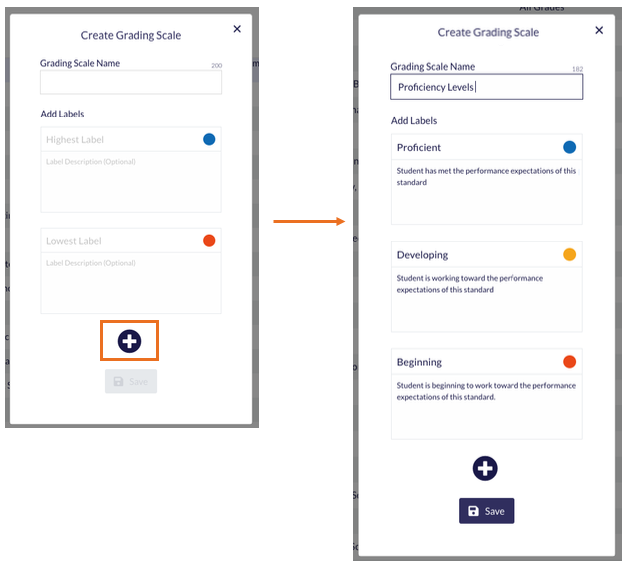 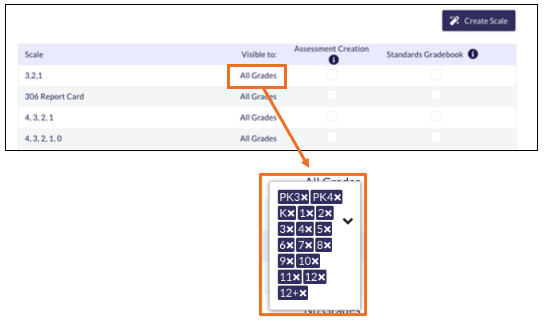 Select the ellipses to the right of the grading scale.

Not in the ellipsis menu: to edit the grade level visibility, select the text in the Visible to: column.

Did this answer your question?