All Collections
Getting Started
General
Using Otus on an iPad

Using Otus on an iPad

Are you looking to use Otus on an iPad? Whether you are a teacher, administrator, parent, or student, Otus can be used on an iPad in two ways: using any web browser or using the Otus iPad App.

Like on a computer, Otus can be used on a regular web browser on the iPad. Head to my.otus.com and login as you normally would on a computer. 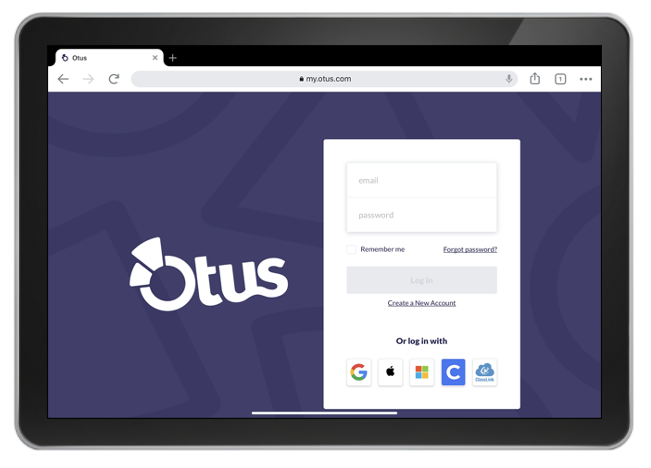 ❗ We recommend using Chrome or Safari for optimal performance.

Once logged on, you can use all features of Otus just as you would on a computer. Below are example images from teacher and student accounts on an iPad.

Otus has an app available on the App Store specifically for the iPad.

Once the Otus app is downloaded, you can access it from your iPad and login just as you would on a computer.

❗ Users CAN record video and audio if you login to Otus through a regular web browser (not the app).

If there is a set of iPads being used across multiple classes, therefore, multiple students are using the same iPad throughout the day, the following needs to be considered: 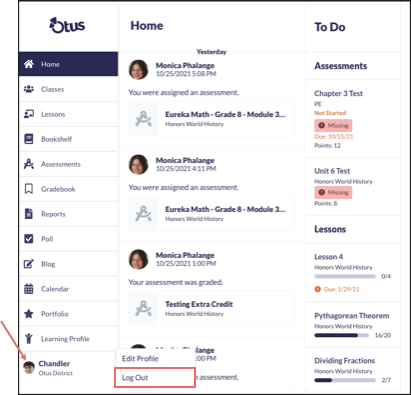 These two Clever prompts should be utilized in this scenario: