Written by Brooke Fodor
Updated over a week ago

In order to adjust the numeric ranges for each term in the grading scale, you must be logged into the Main Admin account. 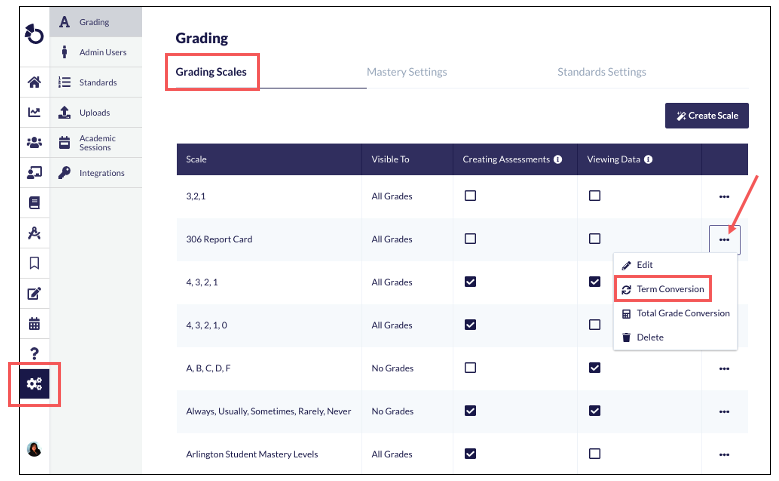 When viewing the Term Conversion for a specific grading scale, you will notice two different sections.
*Both sections must be completed in order to save the term conversion.*

The left section will take a numeric value that falls within the identified ranges and change it to each "term" on the scale. The term that each numeric value converts to depends on the Standards-Based Scale your district has enabled. For example, in the first visual below, any score between 90% and 100% will convert to an "A." In the second visual, any score between 80% and 100% will convert to "Exceeds."

The right section will award the identified numeric value to the corresponding term when a non-numeric grading scale is used. 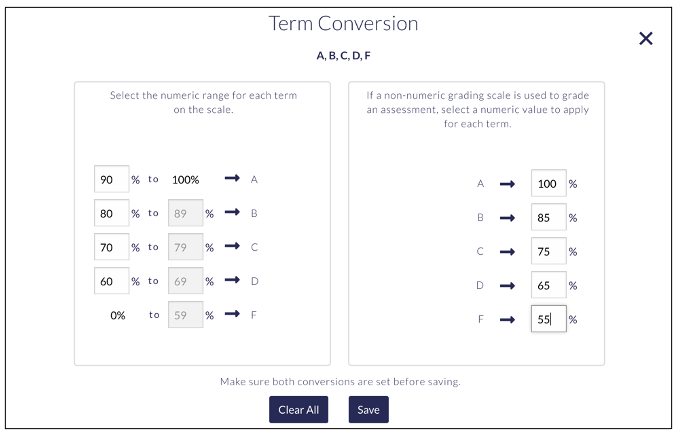 This example shows term conversions for Exceeds, Meets, Approaching, and Not at Standard. 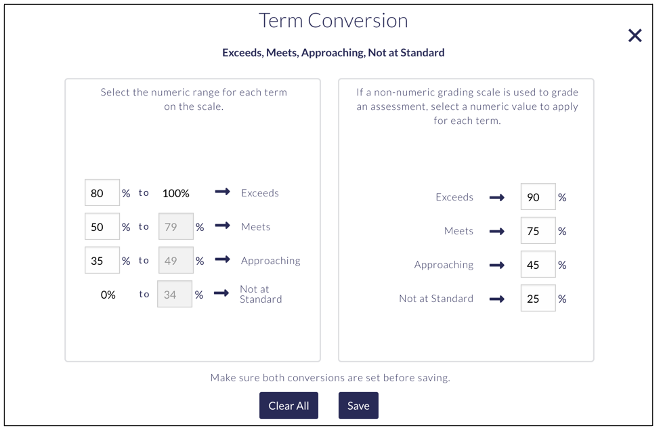 After the conversions are applied, you can toggle between the different grading scale views in the Standards' Gradebook. 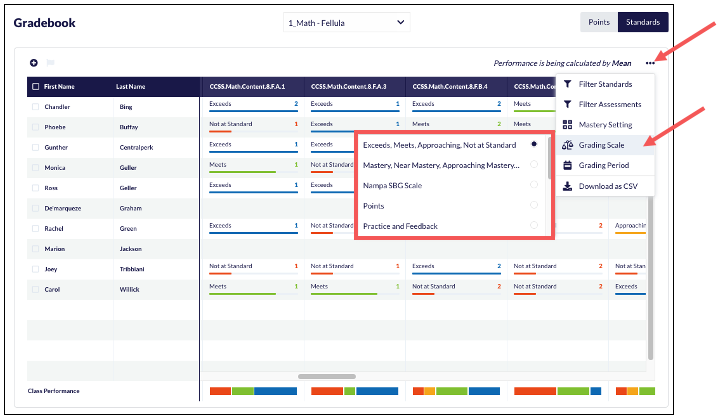 Below is a video from our Otus Live Series on using term conversion to grade students on Points and Standards.